Working on a warmer planet: the effect of heat stress on productivity and decent work 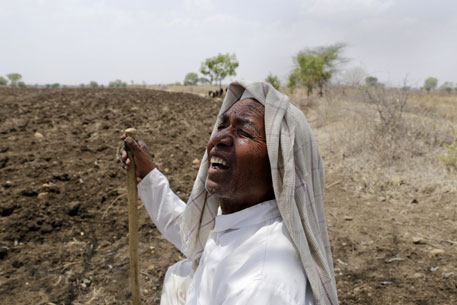 Rising heat due to climate change could lead to the loss of 80 million jobs by 2030, with less-developed countries worst hit warns the International Labour Organisation in this new report. India is projected to lose 5.8 per cent of working hours in 2030. In absolute terms India, is expected to lose the equivalent of 34 million full-time jobs in 2030 as a result of heat stress.

The phenomenon of heat stress refers to heat received in excess of that which the body can tolerate without physiological impairment. It is one of the major consequences of global warming. By 2030, the equivalent of more than 2 per cent of total working hours worldwide is projected to be lost every year, either because it is too hot to work or because workers have to work at a slower pace. This report shows the impact of heat stress on productivity and decent work for virtually all countries in the world. It presents innovative solutions based on social dialogue to promote occupational safety and health for the most vulnerable groups of workers.

Report | Safety and health at the heart of the future of work
Report | Managing heat in agricultural work: increasing worker safety and productivity by controlling heat exposure
Report | A just transition to climate-resilient economies and societies: Issues and perspectives for the world of work
Report | Climate change and labour: impacts of heat in the workplace
Report | Heat stress - vulnerability, health impacts, and coping strategies in rural communities in the semi-arid region of Maharashtra, India
Related Stories from

Blog | On Greta Thunberg and the protesting students
Blog | Is India ready to face the silent disaster?
News | By 2100, heat waves in South Asia could be too deadly to survive: study
View more on #Climate Change