The ocean and cryosphere in a changing climate 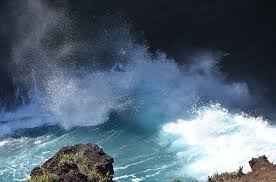 This most awaited report from the UN’s Intergovernmental Panel on Climate Change released yesterday warns that sea level rise of more than 4 metres may redraw map of the world.

Extreme sea level events that used to occur once a century will strike every year on many coasts by 2050, no matter whether climate heating emissions are curbed or not, according to a landmark report by the world’s scientists.

The stark assessment of the climate crisis in the world’s oceans and ice caps concludes that many serious impacts are already inevitable, from more intense storms to melting permafrost and dwindling marine life. But far worse impacts will hit without urgent action to cut fossil fuel emissions, including eventual sea level rise of more than 4 metres in the worst case, an outcome that would redraw the map of the world and harm billions of people. The report from the Intergovernmental Panel on Climate Change (IPCC), and approved by its 193 member nations, says that “all people on Earth depend directly or indirectly on the ocean” and ice caps and glaciers to regulate the climate and provide water and oxygen. But it finds unprecedented and dangerous changes being driven by global heating.

Report | Arctic climate change update 2019
Report | Ocean-based measures for climate action
Report | The Arctic freshwater system in a changing climate
Report | Ocean Atlas 2017: facts and figures on the threats to our marine rcosystems
Report | State of the Climate in 2017
Related Stories from